“Pierre & Vacances-Center Parcs” Group is the European leader of the tourist residence sector. The synergy between Real Estate and Tourism is the economic model that built the Group growth. With more than 50 000 apartments and houses – more than 231 000 beds – the Group is offering stays in one of its 300 European and Mediterranean resorts to its 7,5 million customers.

In recent years, “Les Senioriales” Group has grown significantly thanks to a major key factor, its Sales department. Agencies openings, integration to Pierre & Vacances Group and the growing part of nomad sales employees changed the Information System needs. The existing processes and commercial data tools were not relevant anymore.

After analyzing existing tools, processes and needs, it became clear that a bridge between the Senoriales’ headquarters  and its ressources in the field has to be built in the form of an Extranet. The goal of the developed and settled solution is to provide to all Senioriales’ sales representatives a follow-up and communication tool that meets their activity. In the context of this commercial extranet developed for Pierre & Vacances, we built a SOA architecture and choosed the open source portal Liferay coupled with a web user interface in GWT. 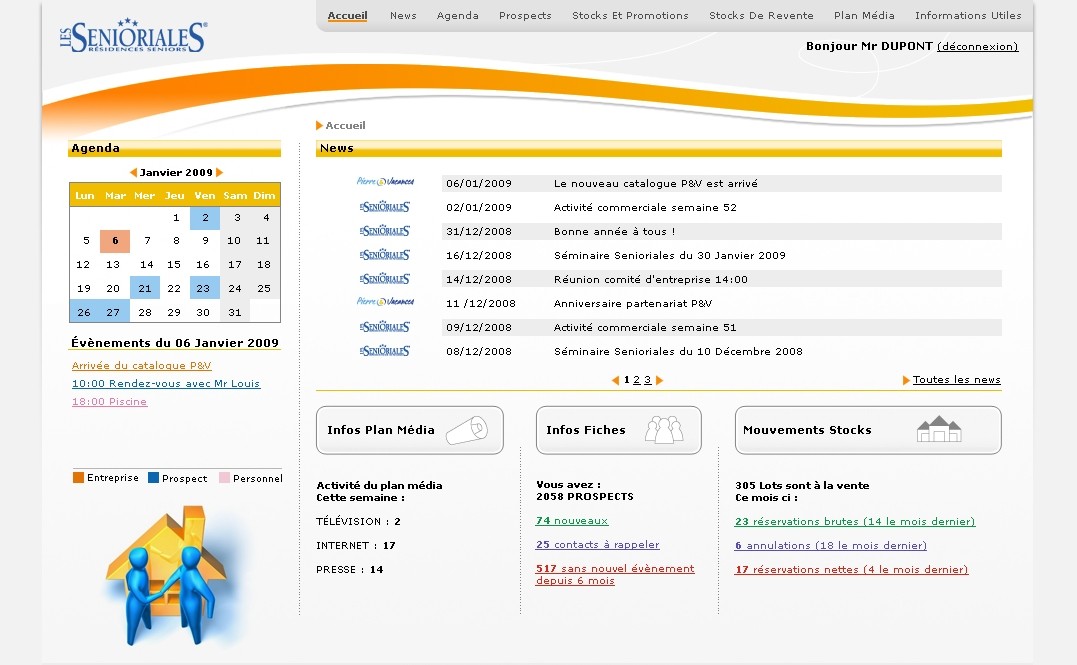